The very latest from the Prog Cave

BRUIT ≤ Release live video for ‘The Machine Is Burning’

BRUIT≤ have revealed the spectacular live video for ‘The Machine is Burning‘; the title track from their debut album, to be released on 2 April 2021.

Watch the video for, The Machine is Burning (live) Here

Mike Tiano is known for his bringing Yes into the Internet age. After helming one of the first online fanzines ‘Notes From the Edge‘ Mike created their official web site YesWorld, and for well over a decade was their web site manager.

A musician and songwriter in his own right, Mike now releases “Creétisvan” which he characterizes as his life’s work and is informally calling the album his “audiobiography” More

The Pineapple Thief to Release The Soord Sessions

The Deluxe 4 disc hardback book edition will be released 16 April.

Bruce Soord explains “Back in the spring of 2020 I decided to perform a live acoustic show from my attic studio. I figured I could set up something with a bit more production than just a face peering down a mobile phone. I created a little haven of guitars, pedals, loopers, microphones and webcams and mixed them all together ready to send out to the world.” More

Writings By Drummer & Multi-instrumentalist Bill Rieflin in “Within Without”

This landmark issue of an independent annual print publication series that shares intimate perspectives into the hearts and minds of creatives unfolds over 90 pages of Bill Rieflin’s personal correspondence with the editor, Iona Singleton, as he shares his intimate thoughts during the last four years of his life, from 2016 until his passing on the 24th March 2020. More

In their 20-year history as a band, MONO have presented no more than a half-dozen live concerts featuring the support of an orchestra. Such events are not only unusual they are also unforgettable.

Beyond the Past • Live in London with the Platinum Anniversary Orchestra documents MONO’s extraordinary performance that celebrated the band’s 20th anniversary at the Barbican Centre in London on December 14, 2019. More and to Listen to ‘Meet Us Where the Night Ends (Live in London)’

‘Dark Horizons’ the debut album from ILLUMINAE, the brand-new project from Ian Jones (Karnataka, Chasing The Monsoon) and Agnieszka Swita (Caamora) is set for release on February 12.

Kayak announce new studio album ‘Out Of This World’

Legendary Dutch progressive rockers Kayak are pleased to announce they will return with their 18th studio album ‘Out Of This World’ on 7 May 2021.

Following the bands return in 2018 with a new line-up, new record label and first new album since 2014 in ‘Seventeen’, the band are excited to reveal its eagerly awaited successor. More

SomeWhereOut’s new album Deep In The Old Forest was released on January 15, 2021

Deep In The Old Forest is the second LP of the conceptual project conceived by the composer and guitarist from Málaga (Spain) Raúl Lupiañez. He has now released video’s for the first two singles. More

In 2015 Gong legend Daevid Allen sadly passed away at the age of 77. He is survived by his four sons Toby, Orlando, Tali, & Ynys. Prior to his passing Daevid set up the “Daevid Allen Family Trust” or DAFT for short for his children. The aim and focus with DAFT is to preserve Daevid’s legacy of Poetry, Music & Hand Drawn Illustrations for the fans and future generations in one place. More

The band have now launched the video for Looking For The Light, a track which features on both versions of The Absolute Universe. Watch it now here. More

Anneke van Giersbergen announced the release of her new solo album The Darkest Skies Are The Brightest last year. Today sees the release of the second single and video from the album, entitled Hurricane. More

2020 came to a close with LIQUID TENSION EXPERIMENT announcing their return and new album to be released on InsideOutMusic. Today, the legendary supergroup are pleased to officially announce that the new album ‘LTE3’ will be released on March 26 2021  More

Transatlantic have never been a band to resist a challenge so it should come as no surprise that for their fifth album The Absolute Universe, Neal Morse Roine Stolt Pete Trewavas and Mike Portnoy have really gone out to do something a little unusual. More

Dreaming David K and Organic. “Mr Passive Progressive”. If you haven’t heard this then give it a SERIOUS listen! Imagine Yes, ELP and The Bonzo Dog Doo Daa Band jamming together! If you like your Progressive Rock serious and intense – avoid this album! The rest of you, ignore him and buy it! More

Snapper Music have held a close relationship with Porcupine Tree since the release of the 1999 album ‘Stupid Dream’ on their Kscope imprint. The label acquired the band’s early work on the Delerium label in 2006 and later the Warner ‘Lava’ years material in 2017. More 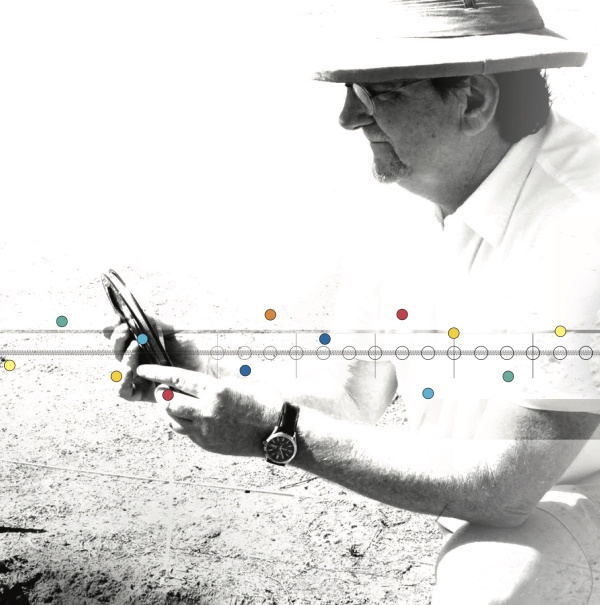 The Archaeology Project” is a compilation of prog music artist Tim Morse’s music from 2005-2020. There’s no real concept for this release, given that it is a compilation album, however the title and the artwork ties the music of different eras together. More

Having released their latest and most accomplished album to date Inescapable, to media and fan acclaim in February, Godsticks proudly present their new single and video “Breathe”. More

13 Winters, a comprehensive sonic journey through the dynamic, daring and exciting past releases of UK’s FROST* will be released through InsideOutMusic on November 20, 2020. Spanning eight discs, the group’s mastermind Jem Godfrey is looking forward to share this anthology artbook. More

Yes, I know I’ve been back before, then went away again but hopefully this time I’m back for good!

Hope you are all bearing up in these ‘difficult times’, yes it is tough but if we all pull together then we will get through it (fingers, legs, arms and eyes crossed)! More

Today sees the launch of the second clip from the release, and you can watch Devin and the Empath Volume 1 live band performing the track ‘War’ here: More

Sweden’s Pain of Salvation return with a new studio album entitled Panther, due out 28 August 2020 worldwide via InsideOutMusic. More